Gipimotor continued its participation in the 2019 Peter Auto Championship, as the series visited the legendary Circuit de Spa-Francorchamps for the Spa-Classic, with the Belgian-based company bringing 16 cars across the various classes in its home race. Competing in the Classic Endurance Racing, Heritage Touring Cup and Sixties’ Endurance categories, Gipimotor cars scored several podium finishes and class victories across the weekend.

Starting from third on the Classic Endurance Racing 1 (CER1) grid, Christophe Van Riet once again showed lightning pace on board the #71 Lola T70 MkIIIA, holding his position to claim another +2L prototype podium.

Arriving straight out of the Gipimotor workshop, the #87 Ford GT40, driven by E.M. and 1993 Le Mans 24 Hours winner Eric Hélary in the CER1 race, climbed onto the GT1 podium in third, confirming this stunning car’s potential over the coming races. 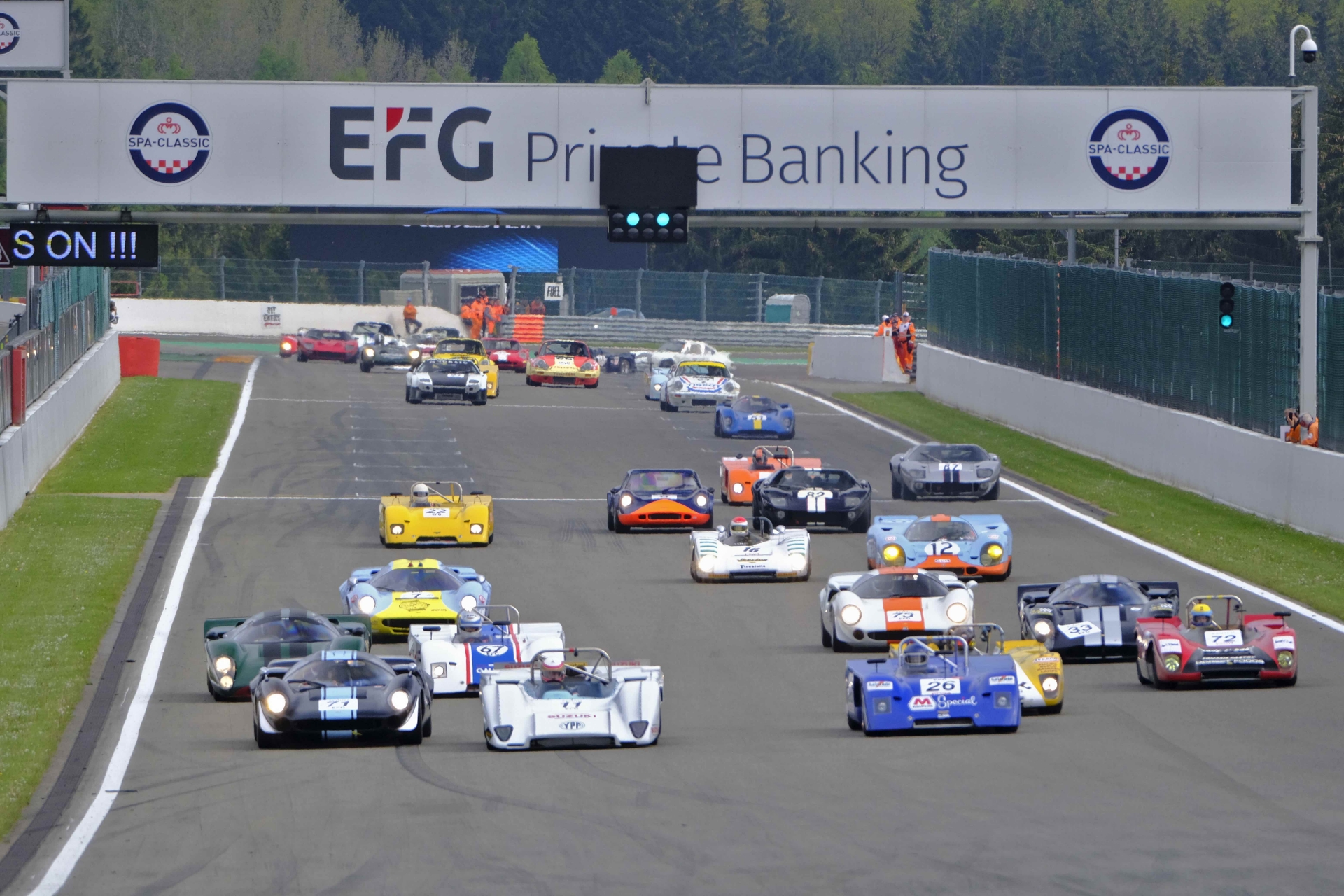 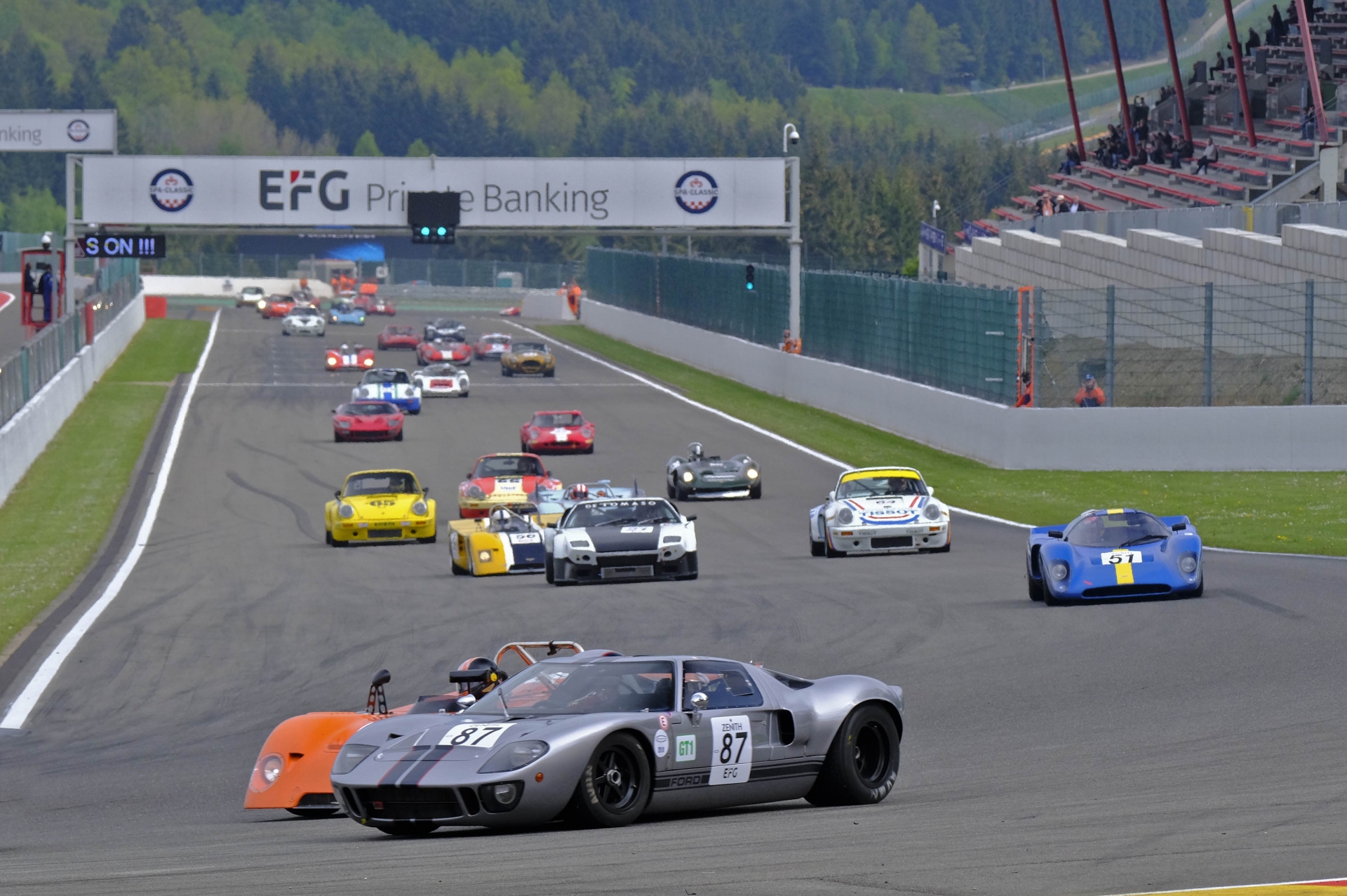 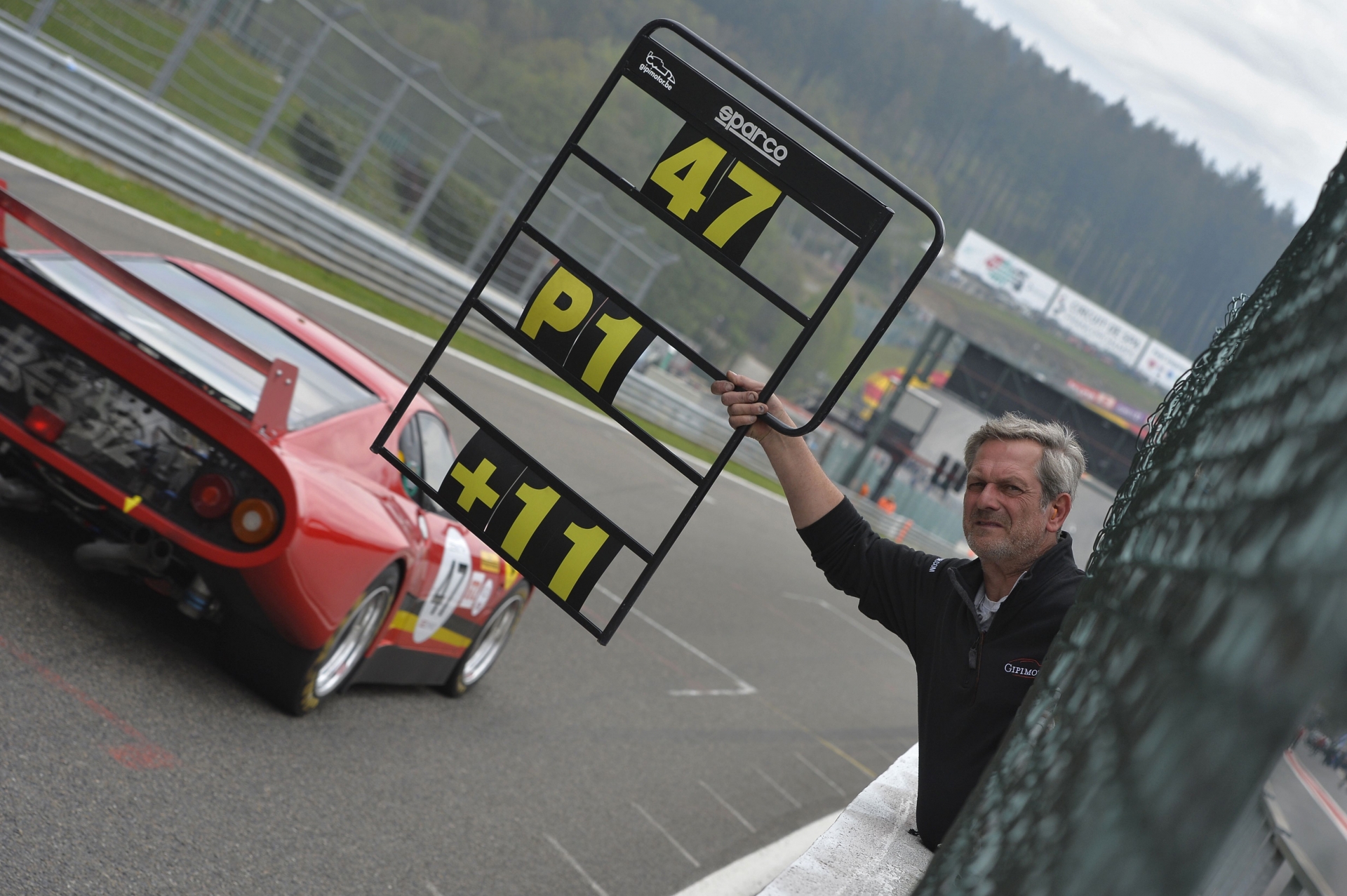 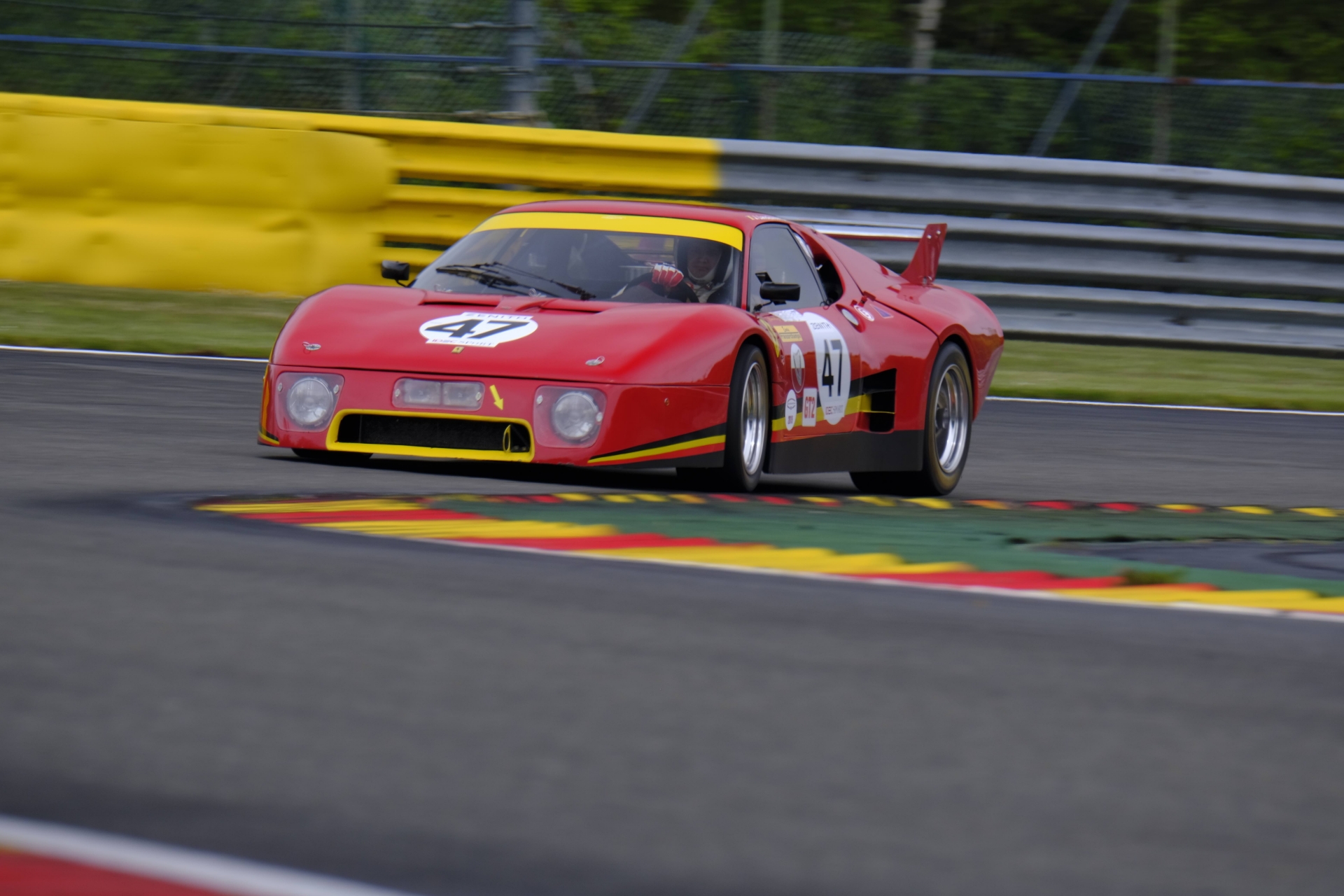 Christian Dumolin and Pierre-Alain Thibaut were also in action in the Sixties’ class, qualifying an impressive ninth on board the #289 Cobra, before a difficult race due to poor conditions, oil on the track and low visibility dropped them to 24th overall.

After qualifying fifth in the Sixties’ Endurance GT3 category, the #161 Austin Healey 3000 MkII of Serge Libens had a small off-track moment and fell down the order. The Belgian recovered well and praised the car’s drivability, finishing seventh in class. 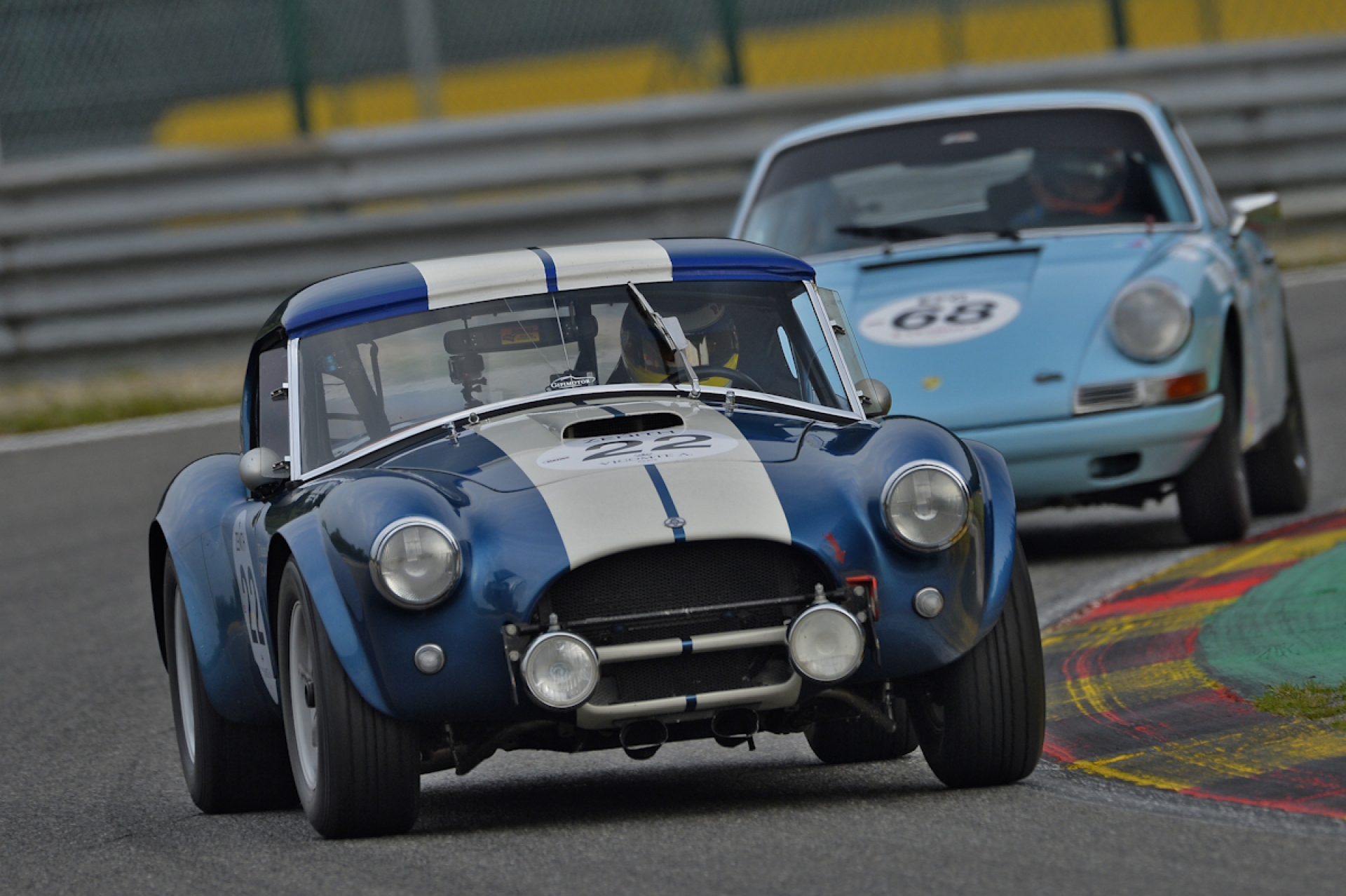 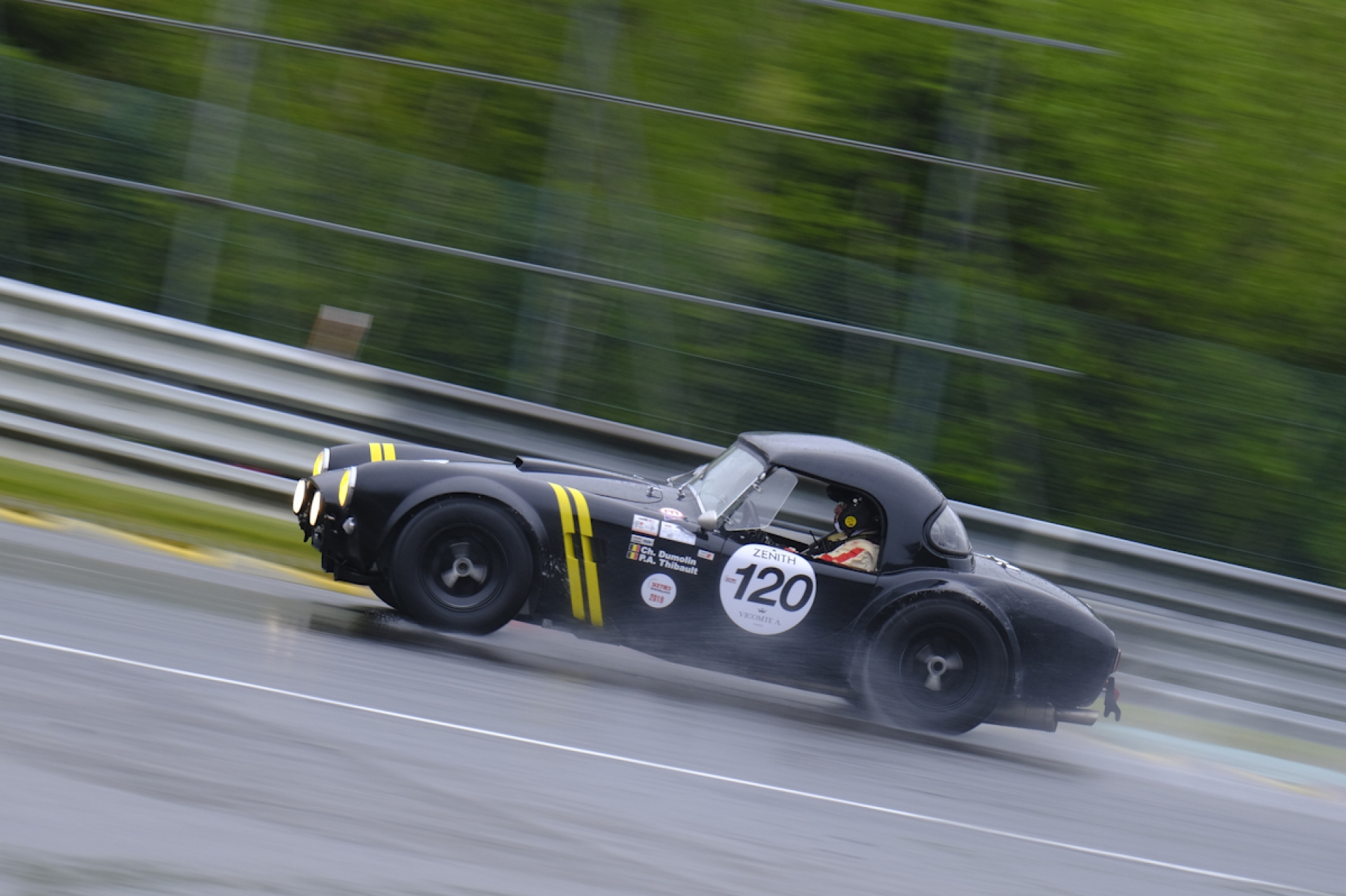 In the Heritage Touring Cup (HTC), Caroline Grifnée entered the #55 Ford Escort MkI, qualifying sixth for race one. The “Pocket Rocket” stormed through to second, despite running slick tyres on a wet track, but was penalised for pitting after the window had closed. In the dry race two, Grifnée scored a strong fourth-place finish overall.

Mr. Dumolin and 1992 Belgian Procar Touring Car champion Thibaut paired up on board the #46 Ford Mustang in the HTC class. The duo improved throughout the weekend, finishing second of the TC1 runners in race one, before winning the second race.

The most beautiful #51 Ford Escort MkI “Wooding” was also in action, with de Latre du Bosqueau assuming driving duties. A small gearbox issue prevented the car from finishing better than 16th and 19th in the TC2 class.

A runner-up of the Spa 24 Hours in the 1970s, the #23 BMW 3.0L CSL of Eric Evrard bounced back from a difficult race one to finish eighth overall in the second, having started from 22nd on the grid.

A spark plug issue caused them to retire from race one, and despite charging through the field in race two, De Robiano then had to retire the car due to a broken gear lever.

Discovering the challenging 7.004 km circuit for the first time was Laurent Polan and the superb #27 Ford Capri RS2600. After a baptism of fire in the dark and wet practice session, Polan scythed his way from 49th to 28th in race two, and will return to the Peter Auto series in Dijon, with brothers Clement and Baptiste.

Finally, having just arrived at the Gipimotor workshop, the #39 BMW 3.0L CSL ran a test to evaluate its potential. Geoffroy Peter and Michel Mhitarian drove a number of laps in order to get a feel for the car, which will return to the series once preparation is complete. 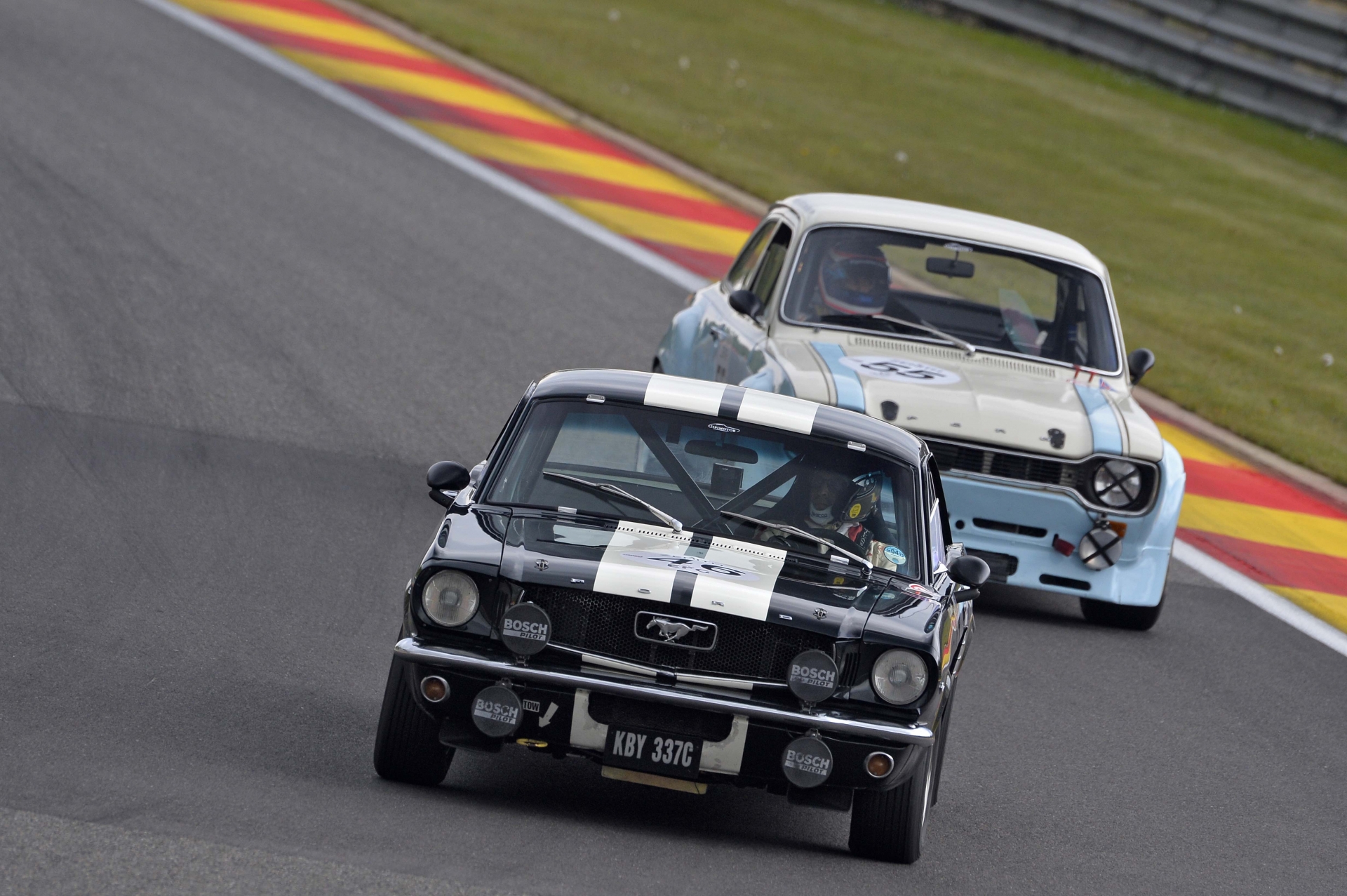 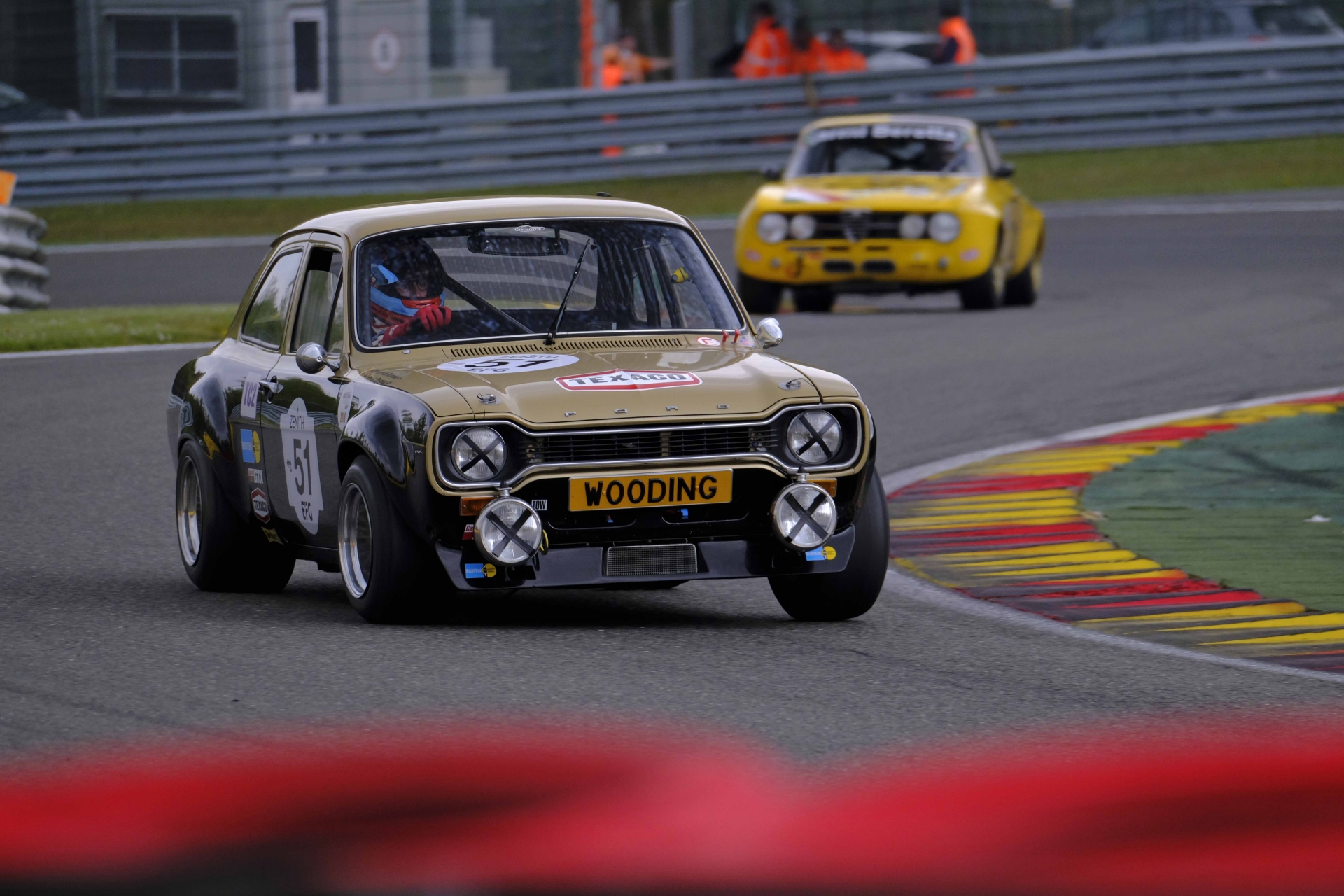