The 2019 Peter Auto championship drew to a close with the Dix Mille Tours du Castellet, where Belgian-based Gipimotor celebrated the Sixties’ Endurance title after a thrilling showdown at Circuit Paul Ricard.

Prior to the Peter Auto finale, classic car specialists were at the Zoute Grand Prix, where it impressed the jury, including ex-Formula 1 driver Thierry Boutsen, and won prizes in the Concours d’Élégance with its beautiful, newly-restored Ferrari 250 TDF and 1971 Spa 24 Hours-winning Ford Capri RS 2600 Gr2. 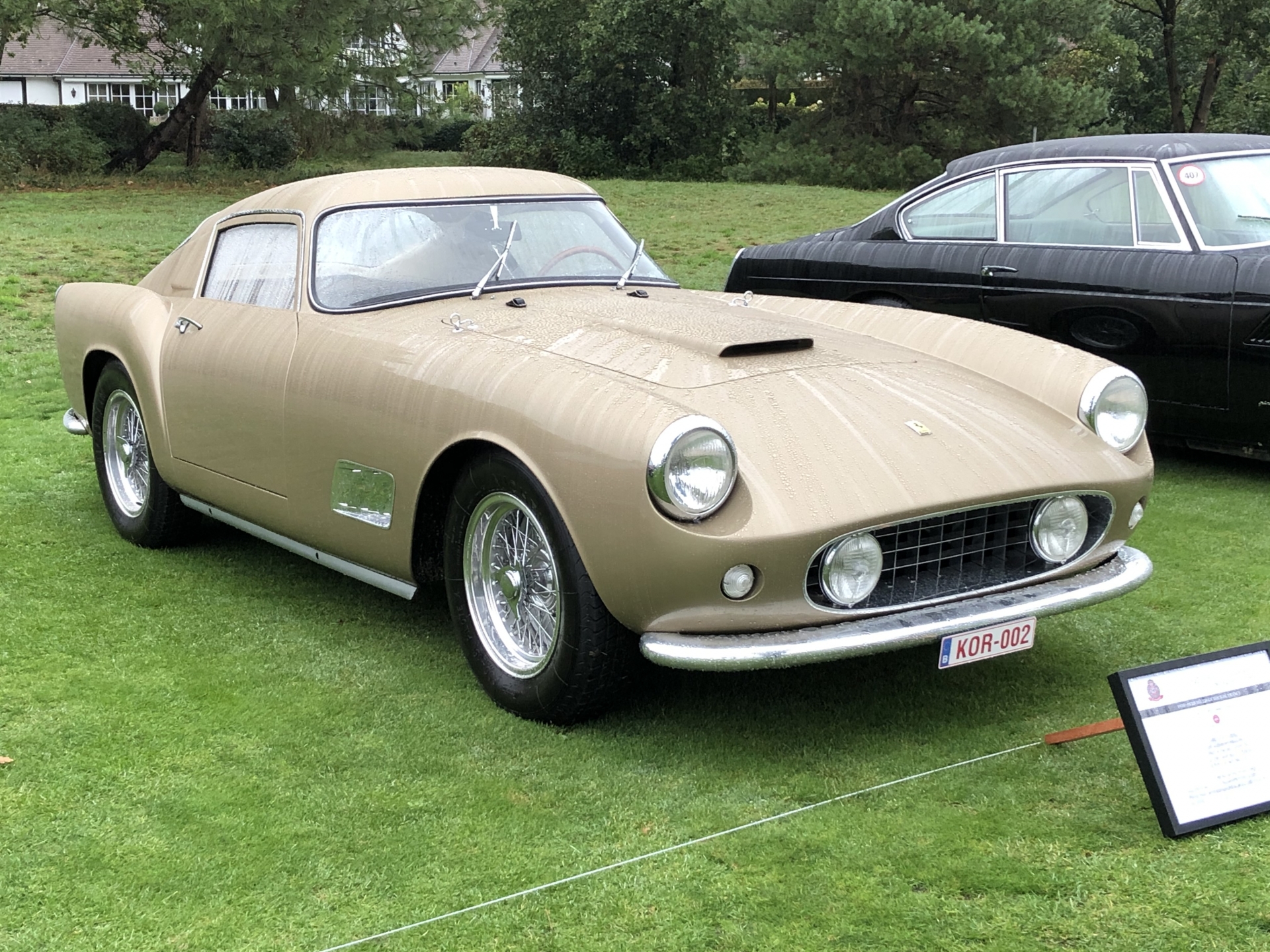 Driving the #22 Shelby Cobra 289, Christophe Van Riet and Thierry de Latre du Bosqueau were in a battle for the Sixties’ Endurance championship and qualified seventh on worn tyres. The duo produced another fine display in the two-hour race to finish third and seal the 2019 title.

Elsewhere in the Sixties’ class, Grégoire Audi and Nigel Greensall made their debuts with Gipimotor, who ensured the pair could race having rebuilt much of their Cobra’s engine after practice. From 78th on the grid, the drivers made an outstanding comeback to finish 10th overall.

Serge Libens had a trouble-free race on board the #161 Austin Healey, climbing from 56th on the grid to finish 32nd, with Christian Dumolin and Pierre-Alain Thibaut bringing the stunning Ferrari 250 SWB home in 21st of the 92 cars entered. 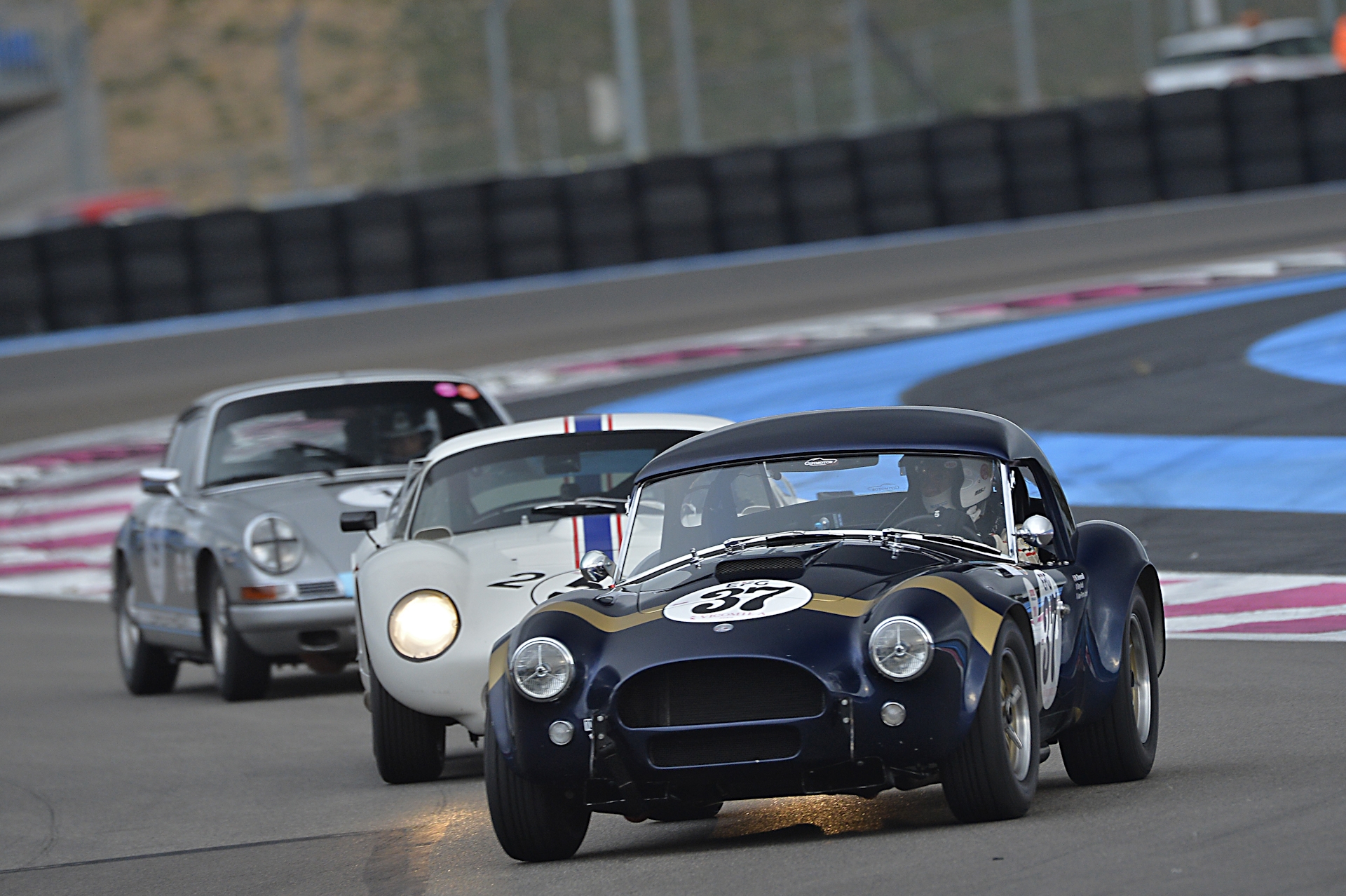 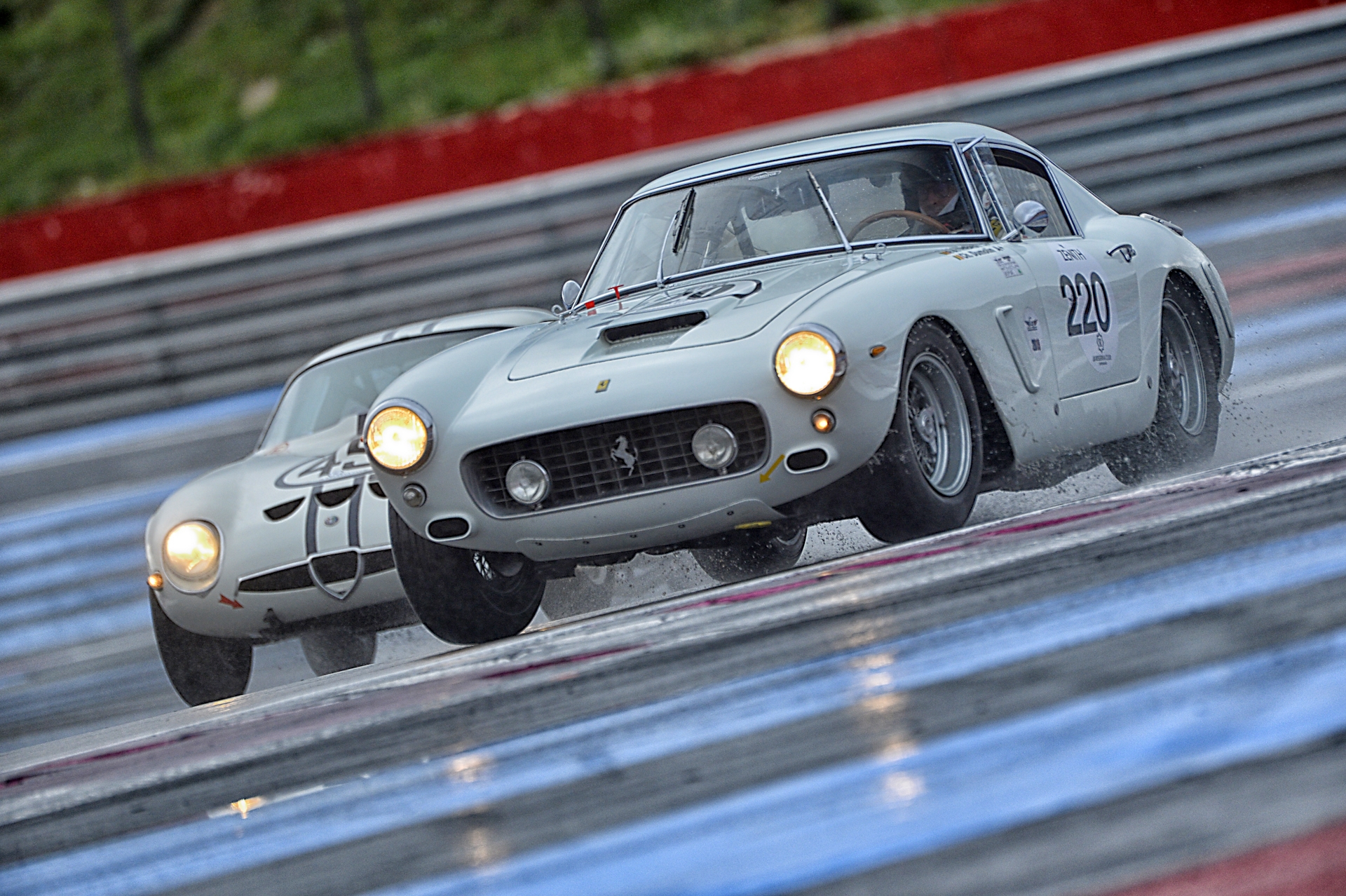 Also running an Escort Mk1 was De Latre du Bosqueau, who qualified an impressive 14th at the French Grand Prix venue. Tyre trouble and contact with another competitor however saw the Belgian drop to 26th at the finish.

Van Riet and Matthieu de Robiano were in contention for victory, having qualified fifth, but like many drivers the pair struggled with poor quality tyres on the wet track, finishing 13th on board the BMW 3L CSL ‘Alpina’.

Father/son pairing Laurent and Clément Polan shared the reliable Capri RS 2600 Gr2 and continued to learn and progress throughout the weekend, despite the difficult conditions. The pair also entered their newly purchased 1965 Porsche 911 2L in the 2.0L Cup, as they fine-tuned their race technics while enjoying the pleasure of driving this magnificent car. 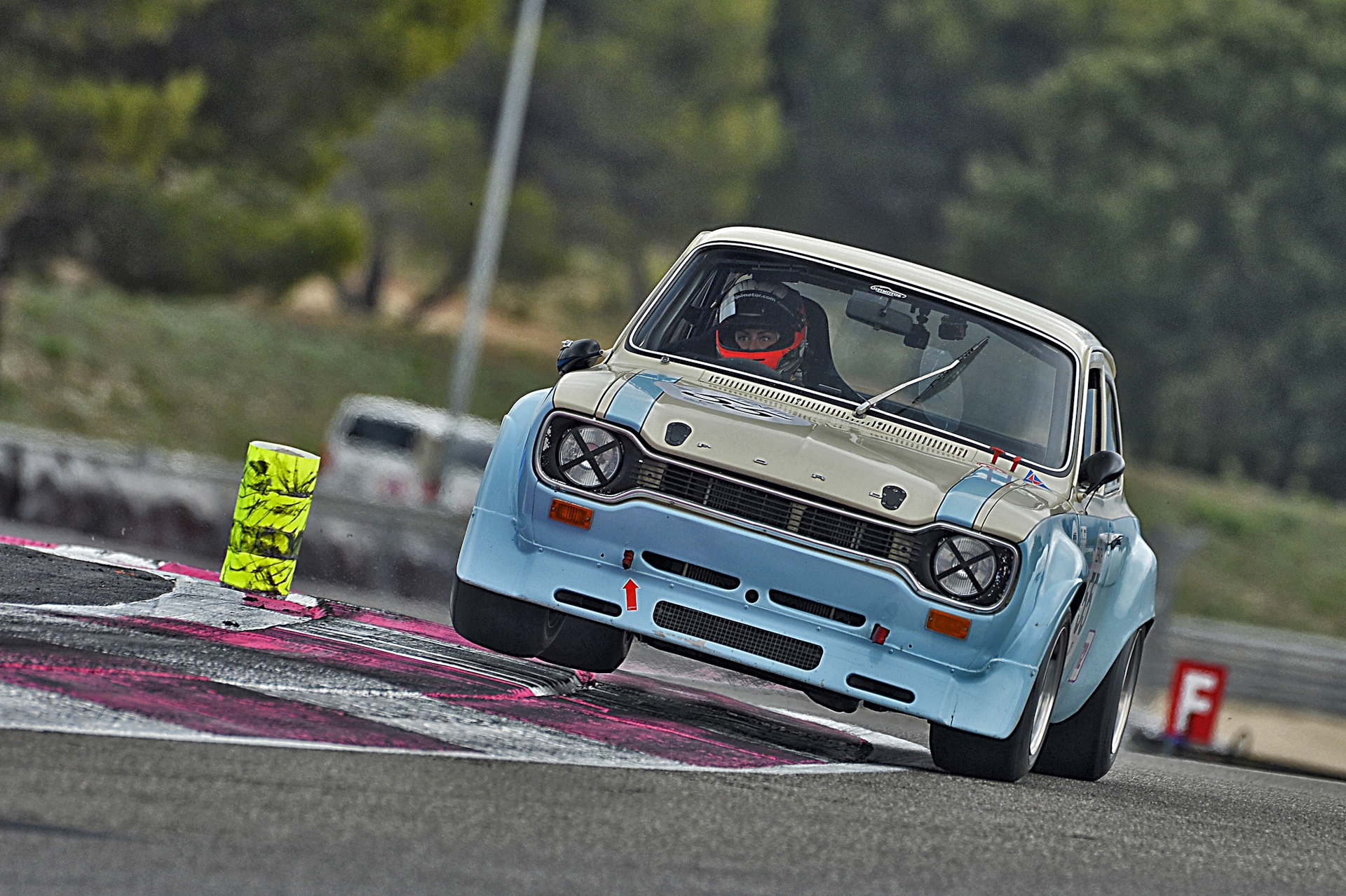 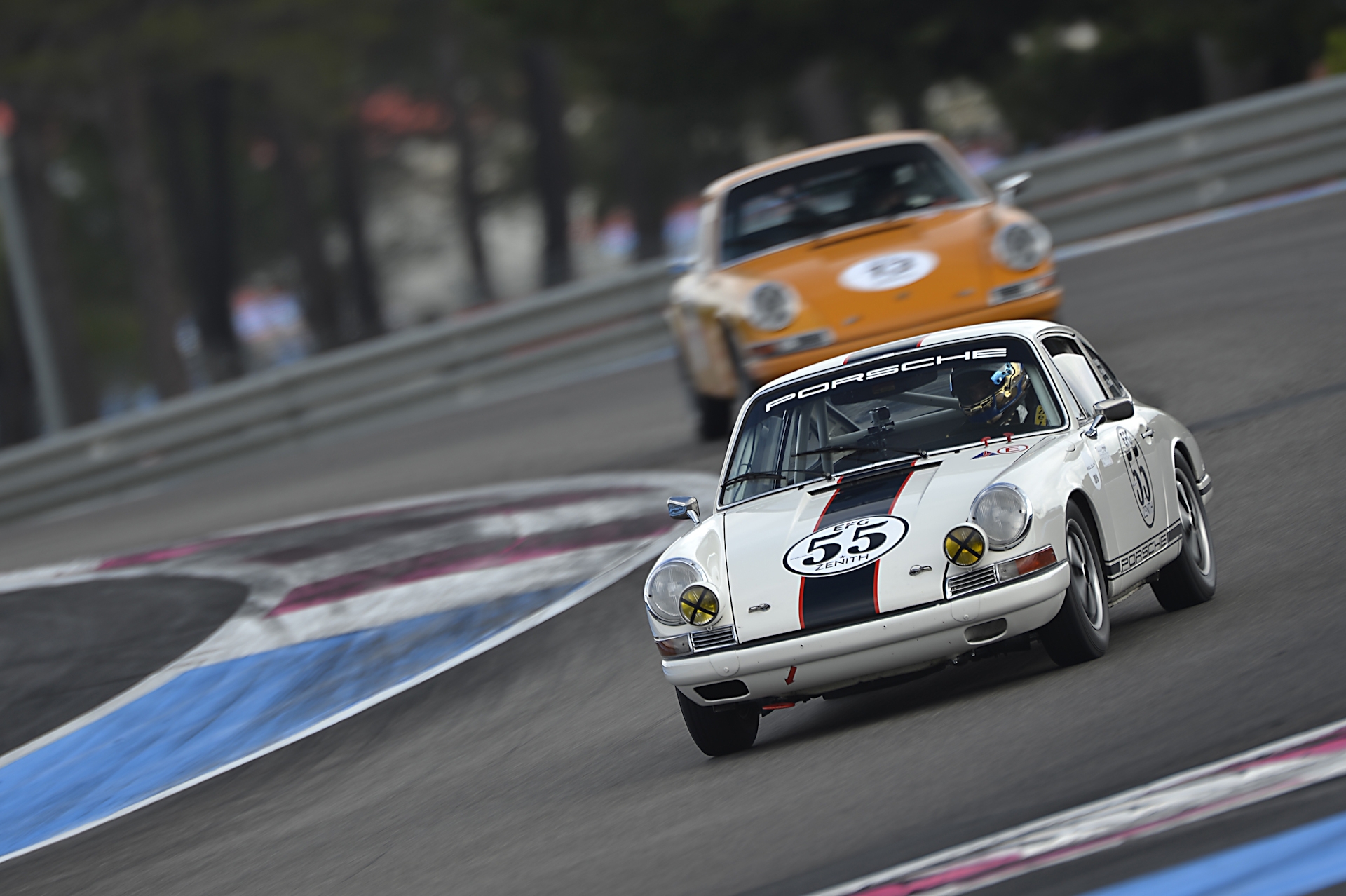 In CER 1, the FVC-powered Chevron B16 was driven by Pat Buniatre who got acquainted with the 280 bhp machine. The car is available to rent for newcomers and for sale to experienced drivers, and is ready for the 2020 Le Mans Classic with an updated Historical Technical Passport (PTH) and proven performance level, having finished second there in 2018.

Straight from Gipimotor’s workshop, the superb Ford GT40 also had track time during the Dix Mille Tours du Castellet weekend, completing laps in practice and qualifying but did not enter the race due to weather conditions and timing clashes for its owner. 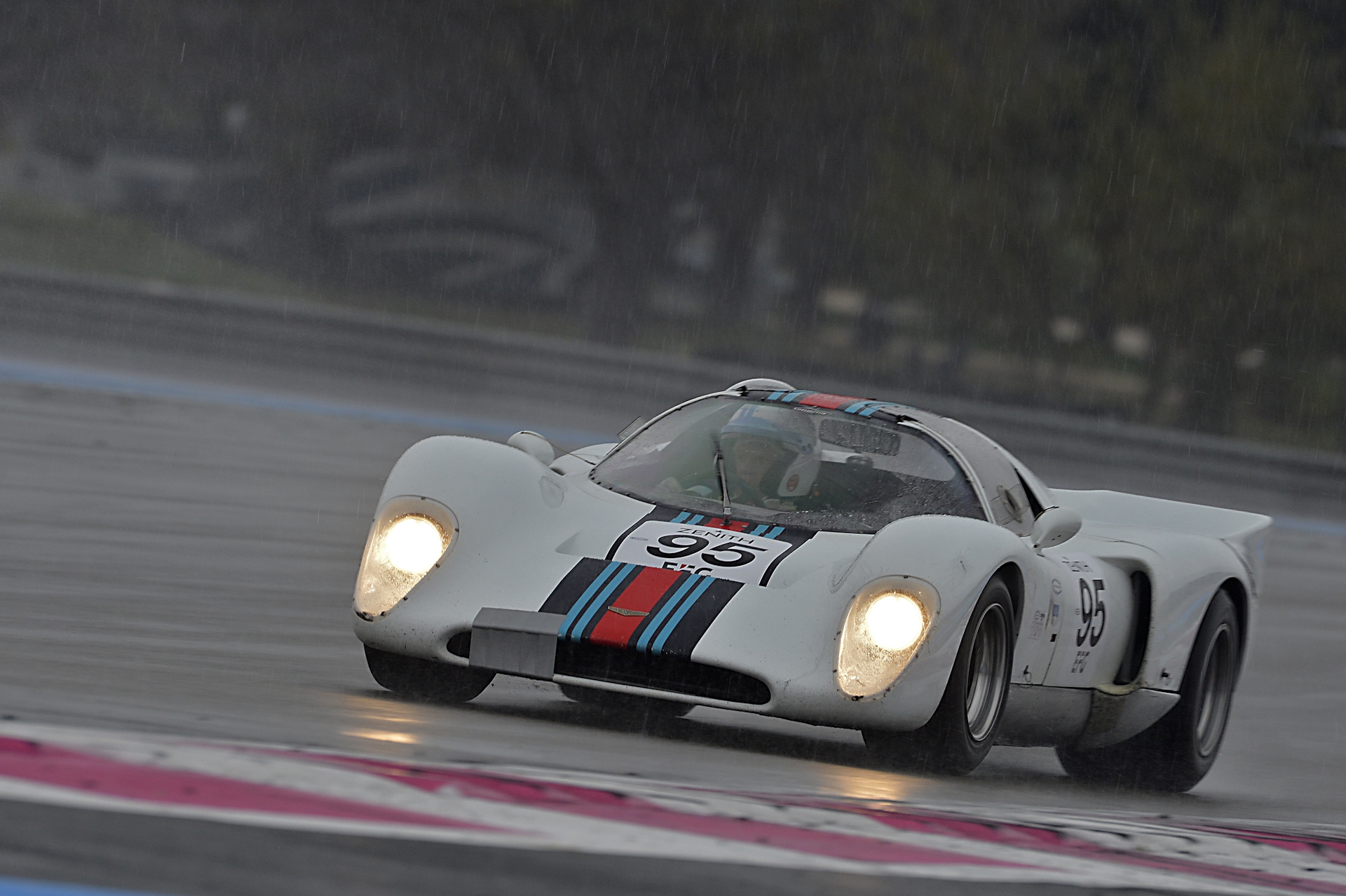 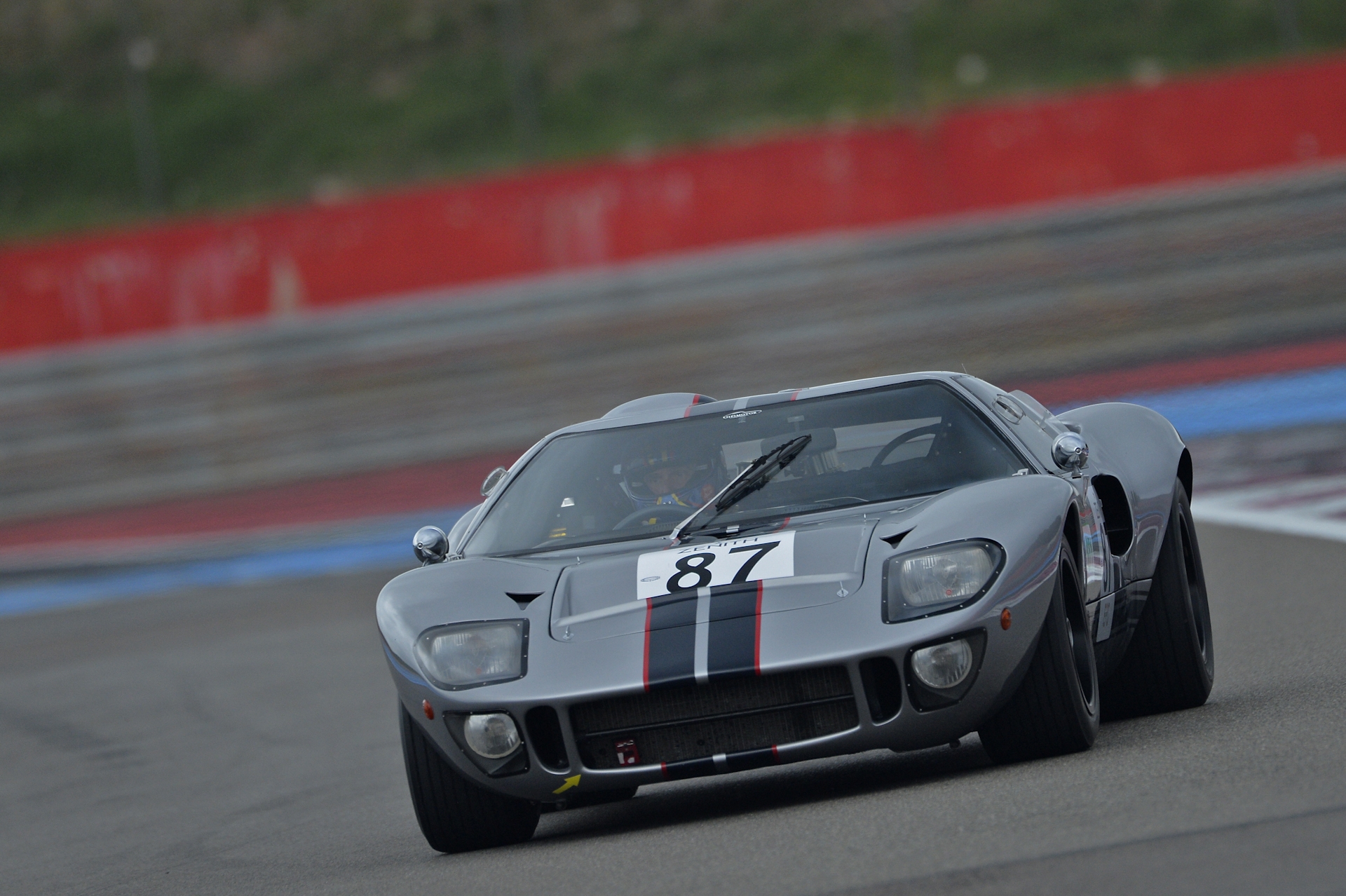 Gipimotor will return to Paul Ricard in the first Peter Auto round next year for the 2020 Dix Mille Tours du Castellet.