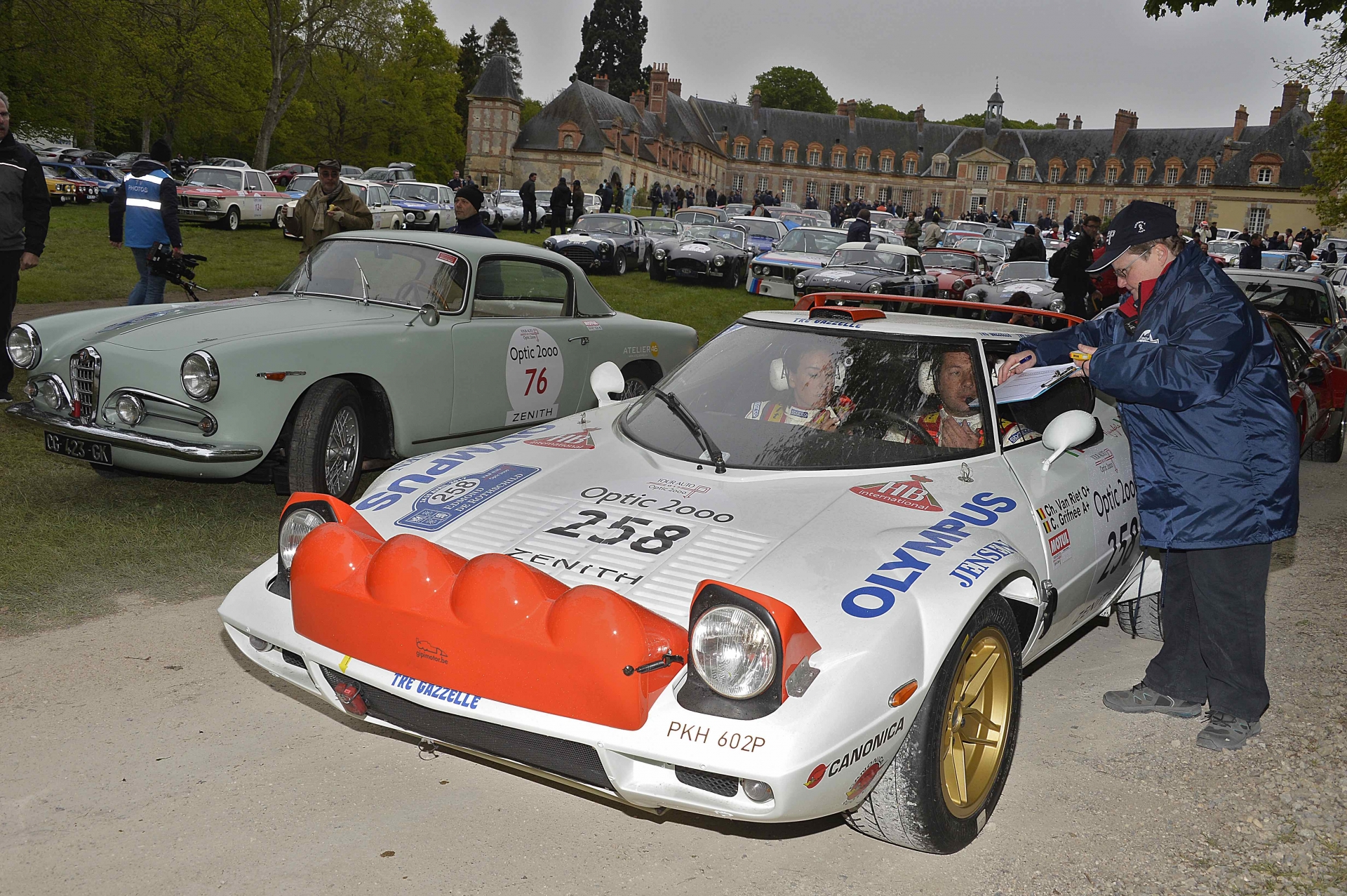 #1700 was first sold, via Cuneo car dealer COMAUTO, to Roberto Nizardo of Milan on the 16th April 1977. Cesare Doneda of Delta Corse immediately prepared the car to Group IV circuit specification for Nizardo to compete in the "6 Ore nel Senegal" in March 1977 in the striking livery of black, blue and yellow but unfortunately failed to finish with gearbox problems.

Nizardo - Doneda were also on the entry list for the 1977 Giro d’Italia with a Stratos painted in the well-known colours of Rini Fabbri but there is no evidence of them starting the race. Leopoldo Di Lucia told me that Nizardo was in the middle of divorcing his wife at the time and needed to sell the Stratos as he was under pressure from his creditors.

On the 19th October 1977 #1700 was sold to Vittorio Colombo of Jolly Club, an important Italian private team entrant from the 1950’s to the 1990’s. Columbo was apparently a money lender so it is possible he was Nizardo’s creditor and took the Stratos as payment. Jolly Club assigned driver Leopoldo Di Lucia to compete with the car and entered it in numerous hillclimbs and circuit races throughout 1978. Gianni of Firenze prepared the car for Di Lucia and Jolly Club to Group 4 circuit racing/hillclimb spec with a fuel injection system that is still with the car although not fitted. The car used a Dinoplex system and a Stradale dashboard with Smiths instruments, the oil pressure gauge residing above the temperature gauge. Di Lucia also had a special seat made (there was no passenger seat) from a fiberglass shell with foam padding. His sister gave Leopoldo an American flag for good luck which he would drape over the car at the end of each race. The charm must have worked as he won the 1978 Coppa d’Italia di Vetture di Produzione with the Stratos, winning eight of the twelve rounds and finishing second in the remaining four. Di Lucia had deals with carpet supplier and sponsor Tapetti Tempesti and Jolly Club that they would each pay him 250,000 lire per win (no money for anything other than a win).

At the end of the 1978 season after winning the championship, instead of taking the money from Jolly Club, he took the Stratos as payment. Di Lucia went on to race #1700 in several hillclimbs in the 1979 season, although running with carburetors rather than the fuel injection, before selling it in 1980 to Sicilian rally driver Antonio Runfola.

Runfola had preparer Giovanni Saccone convert the car to rally specification and entered #1700 in many Italian and Sicilian rallies in 1980 and 1981. Around July 1981 Giovanni Saccone was testing the car on public roads near Solignano when he was hit head-on by a drunk driver which damaged the front of the car. The car was taken to Marchese in Modena for repair and Runfola bought a spare unnumbered Stratos scocca, without front and rear clamshells or mechanical parts, from Count Capra in Vicenza, a well-known Italian Porsche racer of the 1960’s and 1970’s and used the scocca to rebuild his car. It is unclear whether all or part of the replacement scocca was used to rebuild the car. The original door hinges and boot/trunk lid are still with the car all stamped with the original scocca number of #326. Runfola then purchased the ex-Serpaggi Stratos from ‘Dielis’ and used it to compete in the final two rallies of 1981 (Proserpina and Citta di Messina) until his rebuilt car was ready. On completion of the repaired car Runfola installed the motor from the Dielis/Serpaggi Stratos as he deemed it superior to his own. Runfola sold the rest of the Dielis car to Team Bora of Francesco Ferretti (Ragastas) of Reggio Emilia.

For the 1982 season Runfola entered twelve rallies with the repaired car and won seven of them. In the final rally of 1982 (the 11th Rally Valli Imperiesi) he retired with mechanical problems, the gearbox had been recently rebuilt incorrectly by a mechanic which resulted in oil swilling around. 1982 was the final year of homologation for the Stratos so Runfola replaced it with the new Lancia 037. On the 22nd April 1983 Runfola sold #1700 to Mauro Scanavino.

Scanavino was the owner of Cuneo-based race-preparer ‘Supergara’ (Superacing) and originated the automobile ‘slalom’ format. Scanavino was also president of A.N.C.A.I. (National Association of Italian Automobilisti) and organised Slalom events under the name of Circolo Sportivo gli Amici del Moscato. Scanavino re-registered the car from MIW 13039 to CN 548542 and along with other drivers such as Franco Bruno and Edmondo Rino (of RO.RALLY.SPORT) entered #1700 in a number of hill-climb and slalom events between 1983 and 1995. On the 8th June 1995 Scanavino sold #1700 to Modena-based car dealer Ettore Ranucci of Autoluce (Grand Prix SRL). Ranucci repainted the car in yellow with Autoluce graphics. Oddly the car appeared on the cover of the November 1990 business supplement of ‘Autocapital’ magazine in yellow with Autoluce graphics.

On the 8th January 2001 the Stratos was sold to Livio Guinieri (registered to Angela Riontino of Castell’ Arquato) who restored #1700, changing the color in the process from yellow to red. Guinieri entered the Stratos in numerous historic hill-climb, rally and slalom events between 2001 and 2007 including the prestigious Vernasca Silver Flag events. In 2009 Stratos specialist and dealer Roberto Cassetta bought #1700 and on the 29th October 2010 was sold to Tradex SRL, a company owned by via classic car dealer Franco Meiners. Meiners bought #1700 on behalf of next private owner French ex-formula one driver Erik Comas, who won the Tour Auto with this car in 2013.

David Goodwin bought the car from Comas on his stand at the Paris Retromobile in February 2015.

In 2016, Gipimotor acquired the car from David Goodwin and #1700 had been completely restored by University Motors (invoices and pictures) 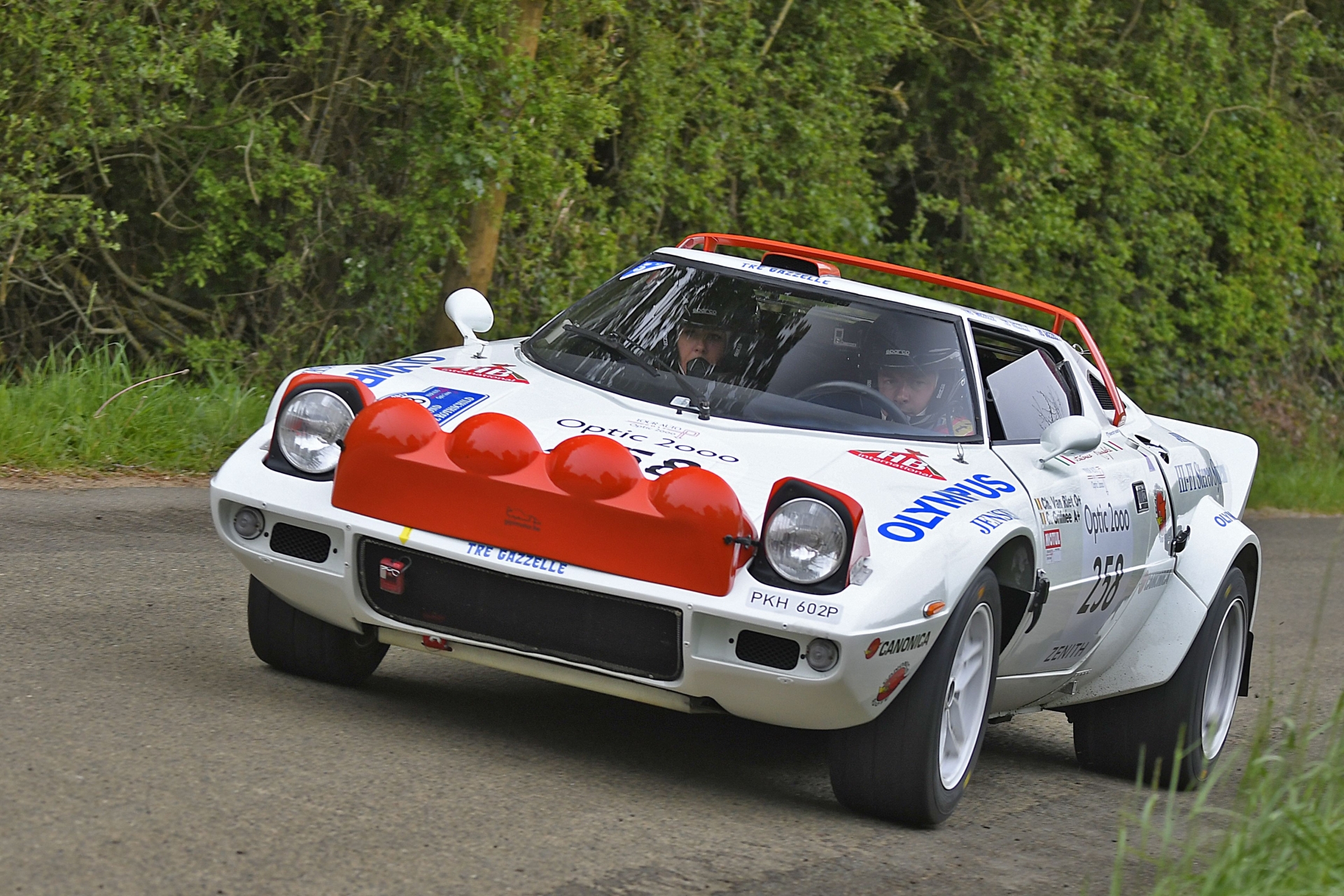 The car is 100% FIA legal with his new PTH and ready to race at the most beautiful historic events : Tour Auto, Cento Ore di Modena, Tour de Corse, ...